Dejima’s Japan Synthetic Warrant Fund (JSW) has been doing what it says on the tin and returning to investors warrant-like returns on the outperforming Japanese equity market. With the Japanese equity market up approximately 61% on a 12 month view since end of November 2012, JSW was up approximately 660% in its Yen Class of shares and 516% in its US Dollar Class of shares.

JSW was founded in October 2005 as a weekly dealing fund (on the back of its monthly dealing, sister fund, The Dejima Fund). JSW seeks to create geared exposure to the Japanese equity market via investments in asset swapped convertible bonds (ASCOTS) and listed and OTC warrants in companies that are quoted on the Japanese stock exchanges.

Dejima believes that the best way to get gearing, with no borrowing, is via asset swapping convertible bonds (CBs). The asset swap of a CB creates an option (not an obligation) to repurchase the CB at an agreed level. The structure of the asset swapped options are made up of two components, a synthetic long call on the equity gained through exposure to a CB, and a synthetic short of the Japanese Bond market as the Fund sells the fixed income value of the CB under a floating rate repurchase agreement at a fixed LIBOR spread. This is one part of the Fund’s structure that has cost money recently as the implicit fixed income short has hurt the Fund. At some time this part of the Fund’s structure could turn from being a drag on performance and should help to boost returns. Given the low level of rates in the JGB market we think this is a perfect time to take advantage of the effective short in the bond market that this affords.

JSW has done well this year with a pick-up in the CB new issue market. JSW is seen as a perfect investor by its counterparties as it invests long only, it doesn’t short the shares against the CB and it is a long-term holder and will not sell the CB straight back into the market. As the equity market has rallied most equities are now trading at or above their book value. Given the shrinkage in the Japanese CB market in recent years we think JSW is well positioned for the expected increase in issuance as the market is reconstituted now that companies are again issuing CBs at an effective premium to book value.

JSW is Irish Stock exchange listed and traded weekly in US dollars and Japanese yen. Given the recent moves in the Yen we are imminently launching two new hedged classes (US Dollars and Sterling) and Investors can invest in any of the four share classes on one day (a Friday) but require one week’s notice to exit. 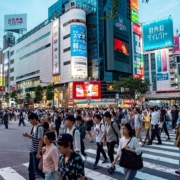 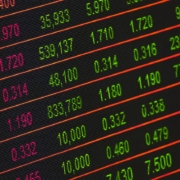